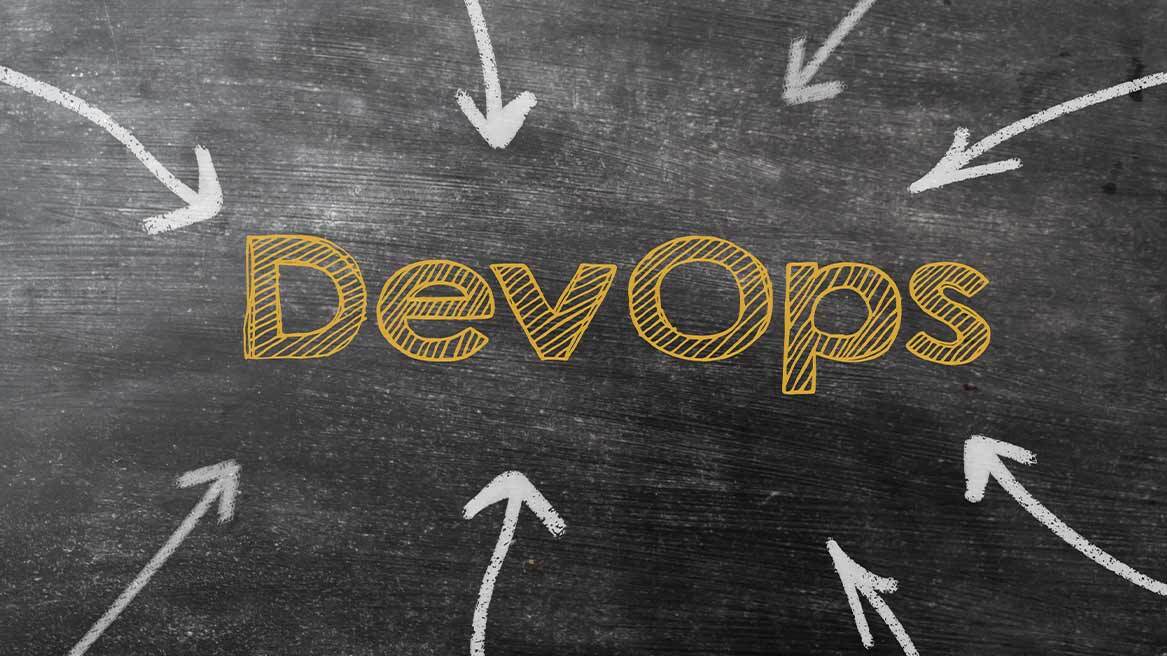 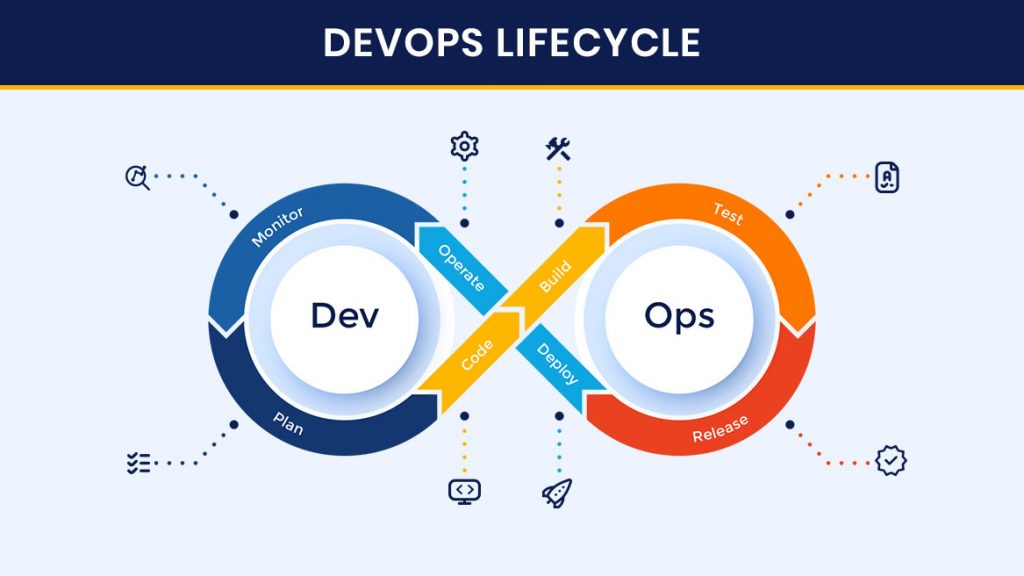 The DevOps lifecycle consists of eight phases and each of these phases represent the capabilities, procedures, and tools that the development and operations teams need. Teams communicate and collaborate to keep alignment, velocity, and quality through each phase. Following are the details about each of these phases:

In this phase, teams understand and identify the business requirements and collate end-user feedback. They build a project roadmap to increase the business value and offer the desired product during this stage.

Code development occurs during this phase. The development teams use some plugins and tools, such as Git, to restructure the development process, which helps them avoid security flaws and faulty coding practices.

In this phase, once developers complete their task, they add the code to the code repository by using build tools such as Gradle and Maven.

In this phase, the code is installed in the test environment to complete multiple types of testing, such as security tests, user acceptance tests, integration, and performance tests.

In this phase, the build is ready for deployment on the production environment.

In this stage, the infrastructure-as-Code supports in building of the production environment and then releases the build.

In this phase, the release is live for use by customers.

Monitoring the DevOps pipeline based on data collected from application performance, customer behavior, and so on occurs at this stage.

The key objective of the DevOps approach is to surpass the traditional norms between the development operations teams to establish and create effective communication. Although, the there is a huge role of DevOps in digital transformation, many organizations are sceptical about adopting DevOps due to multiple reasons. In this blog, we have highlighted the six best DevOps practices for the year 2022 to make your journey of adopting DevOps as easy as possible. 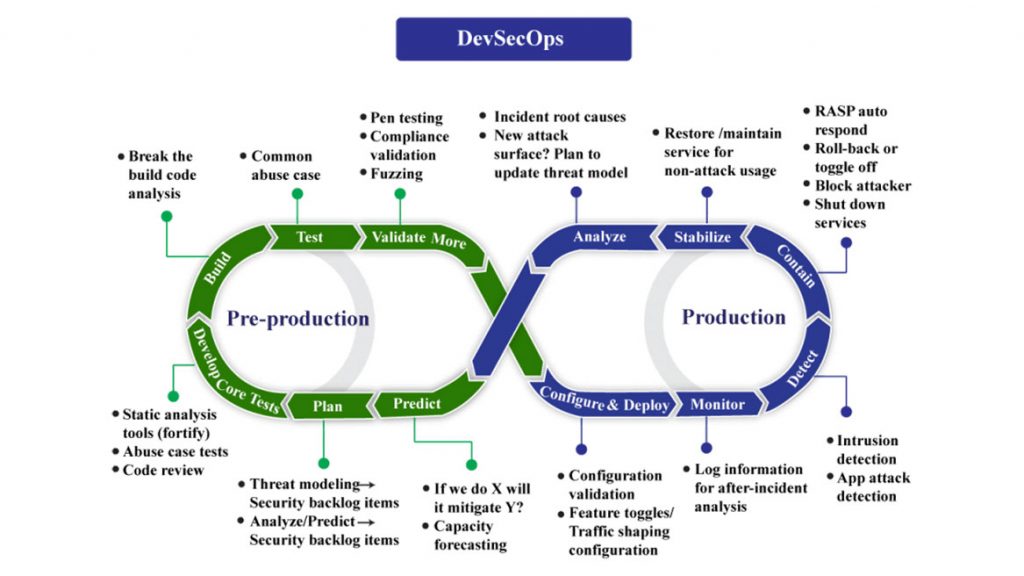 Software development and agile project management is an iterative method that adds value to the software development process for users to gain better results. Incorporating agile into a business process increases release frequencies, with the agile teams being able to deliver work in smaller chunks instead of depending on long-term deadlines. Continuous evaluation of plans, requirements, and results enables teams to adjust to continuous feedback and deliver quality work.

Here are some of the essential ideas for agile project management:

1. The agile methodology enables an organization enables breaking down work into chunks; thus, teams must adjust to changes in the scope of work or demands as they progress. Organizations must ensure that their teams learn how to structure work based on the features of agile methodology.

One of the greatest concerns while building an application or software is keeping the code bug-free and clean. However, trying to test each bit of code physically is an inefficient and time-consuming process. Thus, automation testing is a practice an organization should adopt on priority. Automated testing is a crucial practice that comprises continuous testing. Automation reduces monotonous manual testing and helps in speeding up the overall process. It permits the software project managers to deal with faulty coding tasks engaged with the development processes. This also helps in the prevention of human errors and enable developers to focus on other tasks.

While most businesses adopt DevOps to fast-track the application and software development process, they also have to avoid losing sight of the importance of logging and monitoring. As the development project advances, organizations have to ensure to test and streamline the code. By observing the entirety of the code and logging the errors simultaneously, one can resolve operational issues before they damage a program.

Continuous Integration (CI) is the practice where developers regularly merge the source code into a centralized repository. The CI pipeline kicks in the build and test operations with each new piece of code. The CI pipeline usually gets the source code from the central repository, builds it on the built environment, and then runs a series of automation tests. This process allows the development team to get early notifications in case of bugs so that they can fix them early on.

The Continuous Delivery (CD) pipeline usually enables teams to deploy software releases on test, stage, or production environments as soon as the CI pipeline has released a successful build. This also allows quality assurance engineers and developers to perform testing and upgrades extensively, and identify the concerns or glitches ahead of time. Automating the creation and replication of multiple environments for testing is extremely cost-effective and an easier approach.

Security should be the key priority for organizations where breaches and vulnerabilities can lead to financial losses. Any CI/CD system can be the main target for such attacks as they comprise the credentials and code for deployment in several environments. As a result, arranging for quick releases and executing security later is not an efficient approach. Instead, releases must be set up on DevOps pipelines, a process known as DevSecOps.

Security automation is also a best practice of the DevOps approach that is simple to include in the CI/CD workflow. It helps implement security validations for every piece of code that is released, ensuring that it is not susceptible to security errors. Isolation and placement of CI/CD on secure internal networks is also a good approach. Strong two-factor authentication, VPNs, and access/identity management can also help reduce exposure to threats.

In DevOps, when teams use the “shift left” method they incorporate testing of codes in the early development course. In this manner, rather than presenting multiple modifications to a separate QA or test team, developers can resolve bugs and errors or enhance code quality while working on the appropriate area of the codebase by executing multiple tests during the development process. The skill to shift left is based on the methods of CI/CD and continuous deployment. The shift left method encourages teams to concentrate on early testing with development, enabling teams to find and resolve bugs early.

When should Organisations use DevOps approach

The key objective of any organization is to take an idea from conception to profit. The DevOps method intends to offer convenience for organizations to explore ground-breaking ideas and work efficiently by removing the maintenance and development issues.

So, when would the DevOps approach be most appropriate? Applying DevOps methods or principles to any project is a great move at any time during the execution of a project. However, when it comes to large-scale projects, the effective execution of the DevOps methodology is critical to the overall success and profitability. Organizations that need to deliver new product versions often should adopt the DevOps approach. DevOps is the best method when an organization wants to lower the cost of infrastructure management and grow simultaneously.

Susan is an acclaimed technical writer who believes that world best technologies work on logic and go beyond the boundaries of possibilities. She loves writing about the latest technical advancements and believes technology is a synonym of change.