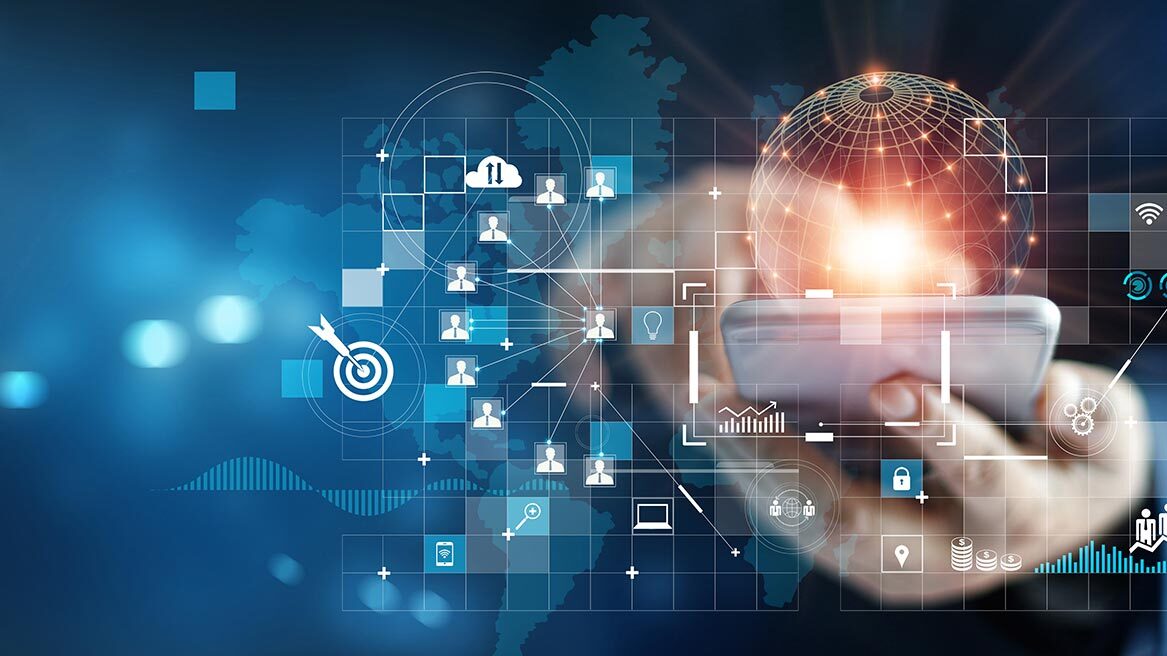 What is Microservices Architecture?

Microservices architecture or microservices is an architectural style in which an application comprises multiple independently deployable and loosely coupled minor services or components. These services generally:

A lot of discussion about microservices revolves around architectural characteristics and definitions. However, its real value lies in the simple business and organizational benefits it offers, such as:

Conventional software development has been following the monolithic method. Any change requires an update of the whole system. For example, if one runs an ERP software and needs to modify the purchase module only, then one has to upgrade the rest of the software tool. It is a single code base with several modules bundled together. However, this approach has a lot of disadvantages, such as:

Monolithic applications take a lot of time to develop and deploy, even small bug fixes or releases, causing significant expenses and loss of market opportunities. 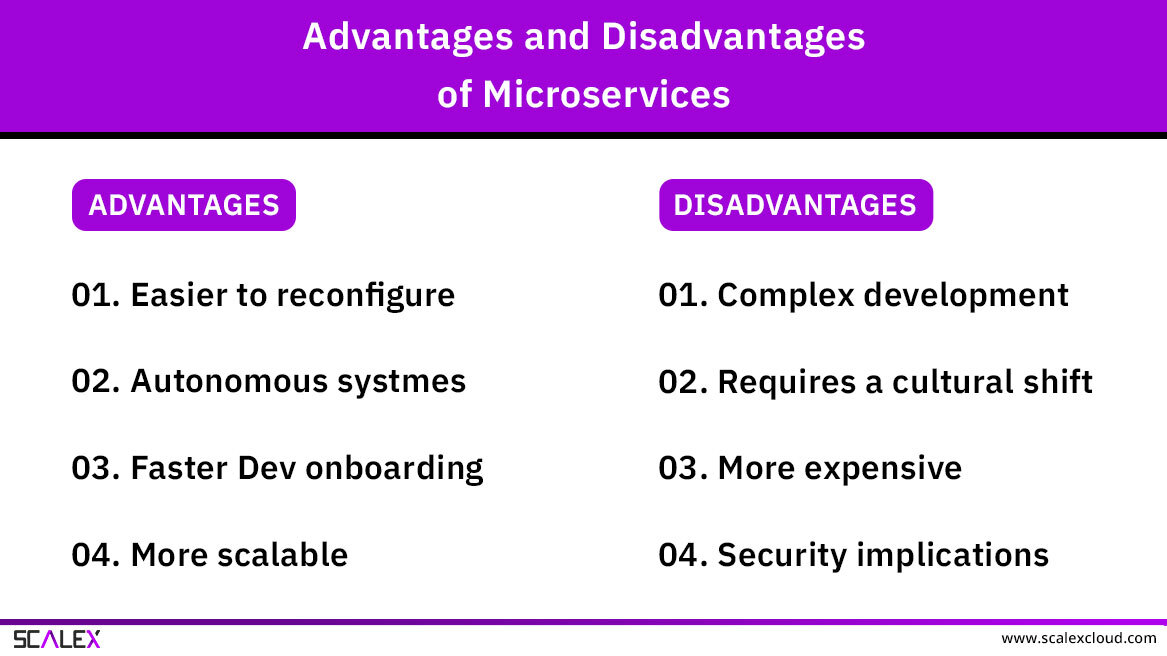 How do Microservices benefit a business?

In today’s competitive and dynamic market, software providers must be able to continuously and quickly release bug fixes and product updates. And where the conventional approaches fail to deliver, new ideas, such as microservices, are gaining acceptance. In a recent IBM survey consisting of 1,200 IT executives and developers, 87% of microservices users agreed that microservices adoption is worth all the effort and time. Following are a few of the enterprise benefits of microservices.

The key characteristic of microservices is that services are independently deployable and smaller. Thus, it no longer requires a huge effort to change just one line of code or include a new feature in the application.

Microservices offer businesses a solution to the problem of small changes taking significant amounts of time. It does not require a Ph.D. in computer science to understand the value of an approach that better facilitates agility and speed. However, speed is not the only factor here. A common upcoming organizational model is to bring together cross-operational teams around a business service/product or a problem. The microservices model caters to this trend. It allows an organization to set up small, cross-functional teams around a single service or a group of services and enables them to function in an agile manner.

2. The right tool for the job

In a conventional n-tier architecture pattern, an application generally shares one common stack with a huge, relational database that supports the whole application. This method has several drawbacks. The most significant disadvantage is that each component of an application needs to share a common data model, stack, and database even if there are better tools available. This makes for bad architecture and is certainly frustrating for developers who are aware of more efficient ways to develop these components.

In contrast, all the components are deployed independently in a microservices model. These components can also interact over message and event streaming brokers. Thus, optimization of every individual service is possible in a microservices architecture. Technology is changing all the time. An application comprising multiple smaller services is much easier and less expensive to manage and migrate from when better technology becomes available.

Deployment and the scaling of individual services are also possible in a microservices approach. Thus, microservices need much less infrastructure than large-scale applications as they allow precise scaling of only the components that need it.

4. No long-term lock-in of technologies

Microservices are small and independent. Hence, installing a new technology service and replacing the old technology is convenient. It is easy to upgrade without affecting the system. Companies such as Netflix, Amazon, Coca-Cola, eBay, Walmart, PayPal, Spotify, and many more have been adopting the microservices architecture. 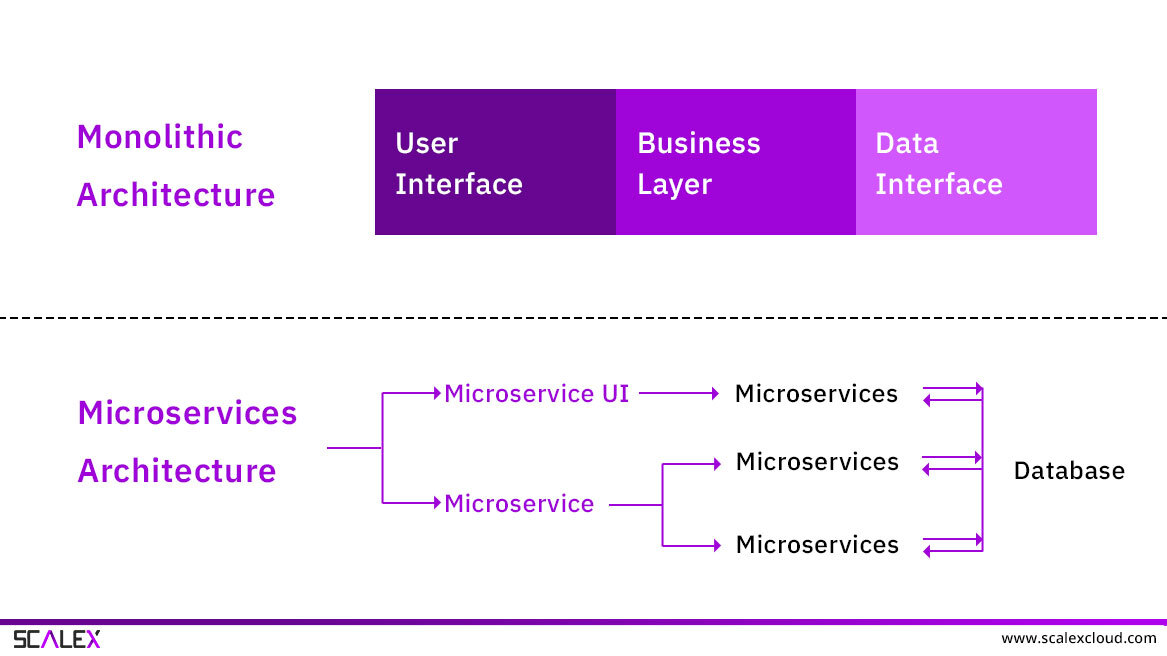 Microservices architecture comes with its own set of challenges. Moving from large-scale applications to microservices means a lot more difficulty in the management – more services are created by more teams and deployed in more places. Problems in one service can lead to problems in the other services. Logging of data (used for problem resolution and monitoring) is more voluminous and can be unpredictable across services. Also, new versions can lead to backward compatibility issues.

The components in microservices are individual and separate. Working on such an app with several developers using various programming languages, frameworks, and libraries may turn confusing for everyone. Due to this, developers could be confused, thus leading to chaos. Other problems include excessive memory utilization, load balancing concerns, security, and slowing down of the network.

Netflix was a monolith application, prone to downtime and errors back in 2008. A single failure in a piece of code could lead to hours of downtime that impacted the company’s revenues. Building and trying to gain resources from data centers was not quick enough. Thus, the organization chose to migrate to the cloud to gain instant resource provisioning and began its transition towards a microservices architecture. As of today, the Netflix application is capable of:

30+ independent development teams, working simultaneously on multiple releases without interfering with one another, now provide support to the microservices architecture.

The retail giant has always been popular with shoppers on Black Fridays. They were so popular that the website crashed two years in a row under the volume of enthusiastic shoppers. Walmart’s e-commerce solution could not manage up to 6 million page views per minute due to traditional monolith architecture.

In 2012, the organization began its journey toward microservices architecture, and its results have been beneficial, to say the least:

Clearly, microservices enable large companies to accomplish agility and new tech abilities to meet the increasing customer demands. Having mentioned all the points, it makes perfect sense to invest money, time, and energy in contemporary architectural patterns instead of traditional ones. If you want to develop apps that the users love, microservices are crucial. This architectural pattern is a favorite amongst the most prominent tech giants.

Do you think microservice architecture can help your business move forward? Contact us for full-proof and unbinding consultation.

Aanchal is a digital marketer with over 11 years of experience in the field of digital branding for both B2B and B2C. Her expertise lies in strategic management and she loves diving into the world of information technology to be adept with its technological advancement.