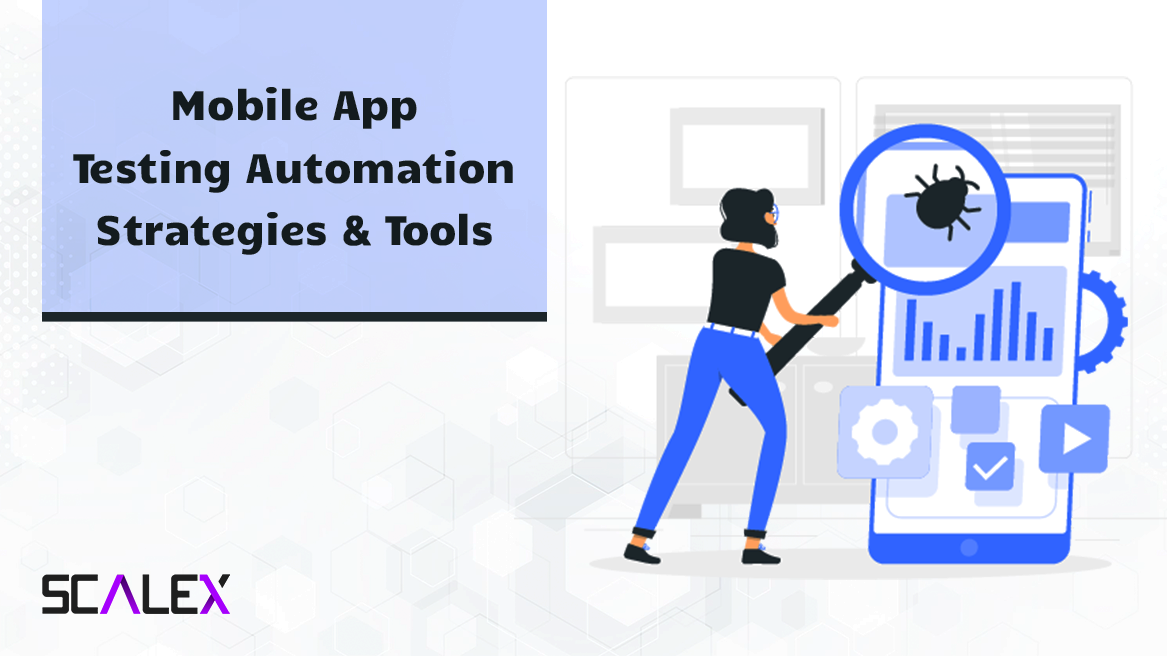 Mobile app testing is an intricate process that involves the proper selection of automated tools, devices, frameworks, and simulators to meet users’ expectations. In today’s technological world, a mobile phone is no longer just a tool for communication, but it has completely transformed into a multi-functional device. Being a device that comes with various platforms, technologies, networks, browsers, and operating systems, it comes with many mobile applications that have converted the world into a smaller place with quicker provisioning of products and services with better networking. But it has put the developer’s and tester’s tasks under strain.

Quality assurance is not only essential for the success of an app while being in the development stage, but it is also helpful in post-development evaluation. Below is an informative step-by-step guide on the mobile application testing process.

After completing the development stage of the app, reviewing the strategy steps involved in the mobile app testing automation is crucial. Below are the factors to be considered –

The developer must be decisive on the specific test to conduct on a device regarding compatibility, performance usability, functionality. Also, the developer must choose a targeted device in terms of the type of devices the app will support or decide to test the apps on real devices or emulators.

We make a case document for each feature and functionality in this stage, such as battery usage, memory, data requirements, and app speeds. It’s also critical to know which combination of automation or manual test to conduct.

The fourth stage involves the execution of both manual and automation tests and primary functionality to confirm the lack of breakages.

This stage requires the maintenance of a cross-platform matrix to ensure that the coverage is achieved by beta testers, considering the essential functions tested. After the in-house test, the app’s beta version is ready for market release. The type of beta testings that we perform at Scalex is –

Accessibility testing – The test involves the accessibility of the apps in terms of demographics.

This test focuses on the app’s performance in terms of battery consumption on devices, the flexibility of switching, and working efficiently on different network coverage like 2G, 3G, 4G, or even WiFi.

Apart from the tests conducted, the developer must ensure that the app has security certificates, fewer restrictions for users who forgot login details, and secure network protocols.

This final testing stage usually involves polishing up to stabilize the app by rectifying minor defects; once the control test is completed, the app is officially made available to the users.

The summary is an official comprehensive report done to show the entire process. It’s should always include the following information:

After the intensive evaluation, Scalex Project Manager decides whether to release the app to the final users or not.

Scalex uses this tool, which is an enhanced software. Not just a single instrument, selenium is a free open source testing automated suit focused on automated test web-based applications.

Appium is a tool used by Scalex, and it is an open-source automated tool used to test mobile apps. Native, mobile webs, and hybrid apps tested with Appium using a web driver library.

Jmeter is a valuable tool for running load tests, building plans, and load analysis tests. Result viewing is also allowed using GUI mode. To add to that, it also allows you to create test plans and choose from various templates manually.

It is a tool used to test frameworks that allow developers to write test codes using python. Pytest is mainly used to write tests for APIs, but it is a tool that can also write a database or UI-based system, among others.

Scalex is also known to use this popular and leading open source cross-platform tool for API testing. It allows developers to carry out regression, load tests on different APIs, and automated functions.

Jest is also one helpful tool that is an open-source JavaScript code library, usually maintained by Facebook. It’s well-known for performing react code testing, considering it has strength in snapshot testing. Jest can also quickly test any JavaScript code.

Mobile app testing is usually a daunting task compared to Web or Desktop apps. This is because of the complexity of the testing involved. Below are the five main challenges of mobile app testing-

The automation test is based on the decision the operating system belongs to; it can be free or paid. Ask yourself if it’s worth it in performance delivery, making it a challenge for most app testers.

The app tester needs to make sure that the app is compatible with network connectivity and works efficiently in all the networks. The tester needs to cross-check the app on all the systems available in the market.

The changing device trends in the market keep the testers on their toes as they always have to stay updated with the current testing innovations, including all the new functionalities and testing methodologies.

For the apps to be successful, a highly competent team of experts must include designers, analysts, and developers. Also, investing in market research is critical in keeping up with dynamic users and changing trends.

The device-based testing is usually costlier, and the app’s performance is checked using various devices. App testers, therefore, need to have a test lab with a variety of devices for testing. Also, it is essential to keep up with the current device updates.

In conclusion, automated testing is reliable and highly versatile. It is mainly used for software testing as it supports the execution of repeated test cases. At Scalex, we help clients accelerate mobile app testing success. Clients are guaranteed to end up with a fully functioning product; Our mission is to deliver solutions allowing customers to work their full potential.