Kubernetes vs. Docker – How To Choose? 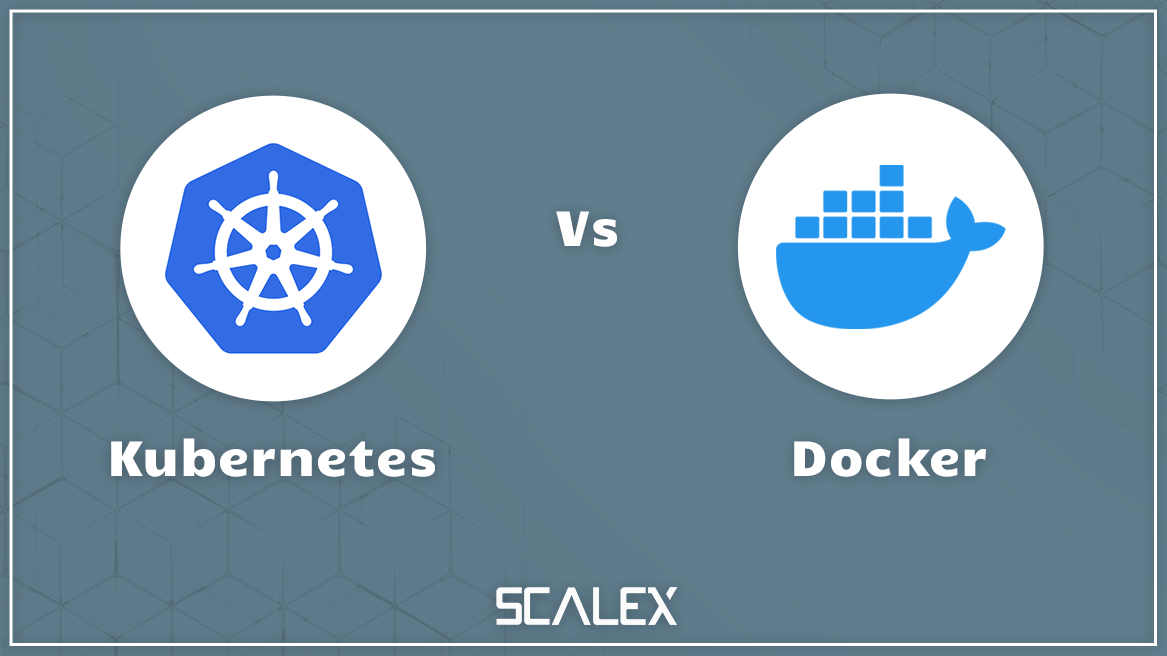 “Kubernetes vs Docker” is a well-known phrase as Kubernetes is gaining popularity as a container orchestration solution.

However, “Kubernetes vs Docker” is an ambiguous phrase because these two don’t mean what people think of them when we break them. Docker and Kubernetes are not direct competitors. And Docker is a platform used for containerization, while Kubernetes is used for container platforms like Docker as container orchestration. Let’s take a look at some of the crucial facts and points of Kubernetes and Docker.

Kubernetes is an open-source, portable, and extensible platform for managing containerized services and workloads, hence influencing automation and declarative configuration. Not only does Kubernetes have a variety of tools, services, and support available, but also an ecosystem that is increasing steadily.

Docker is a popular platform designed to help developers create, deploy, and run applications with the use of containers. Docker is an open-source platform, which attracted more market share (approx. 30%).

Docker allows the deployment and scaling of applications into any environment while making the code run effectively. It was built on open guidelines and functions inside the most stable operating environments, including Linux, Microsoft Windows, and other on-premises or cloud-based frameworks.

Containers came to rescue the developers from this critical issue. With the help of containers, developers can generate a package of their applications, including all necessary elements. And in production, that packaged container can run in any development environment with a containerization platform.

Containers have enhanced how we develop deploy applications on multiple environments from a development environment, libraries, or other dependencies.

Rather than virtualizing the hardware stack similarly to the methodology of the virtual machine, containers virtualize at the OS level, with various containers running on the OS kernel legitimately. This implies containers are undoubtedly more lightweight – they share the OS kernel, start a lot quicker, and utilize a small fraction of the memory contrasted with booting a whole OS.

Containers allow developers to develop predictable environments that are secluded from different applications. From the developer’s point of view, this is guaranteed to be steady regardless of where the application is ultimately deployed.

At times, we ask ourselves whether we can use Docker without Kubernetes and vice versa. The answer to that is neither one is an alternative for the other; Kubernetes typically runs without Docker, and Docker most certainly can also function without Kubernetes.

Developed at Google, Kubernetes has the benefit of leveraging Google’s years of expertise in container management. Also, there’s always a benefit to using Docker and Kubernetes together.

How do Kubernetes and Docker work together?

Kubernetes vs. Docker – which you should choose?

In conclusion, we can say there has been a paradigm shift in the way we think about the system and services of containerization. It is different as the system is now more digitalized than before. Choosing between Kubernetes or Docker entirely depends on the type of container implementation your organization wants, as both Kubernetes and Dockers are continually transforming and developing. Kubernetes and Docker make deploying software and architecture in a system more manageable. They do not substitute for each other, but together they improve the overall function of containerization.