Everything You Need To Know About Cross-Platform App Development 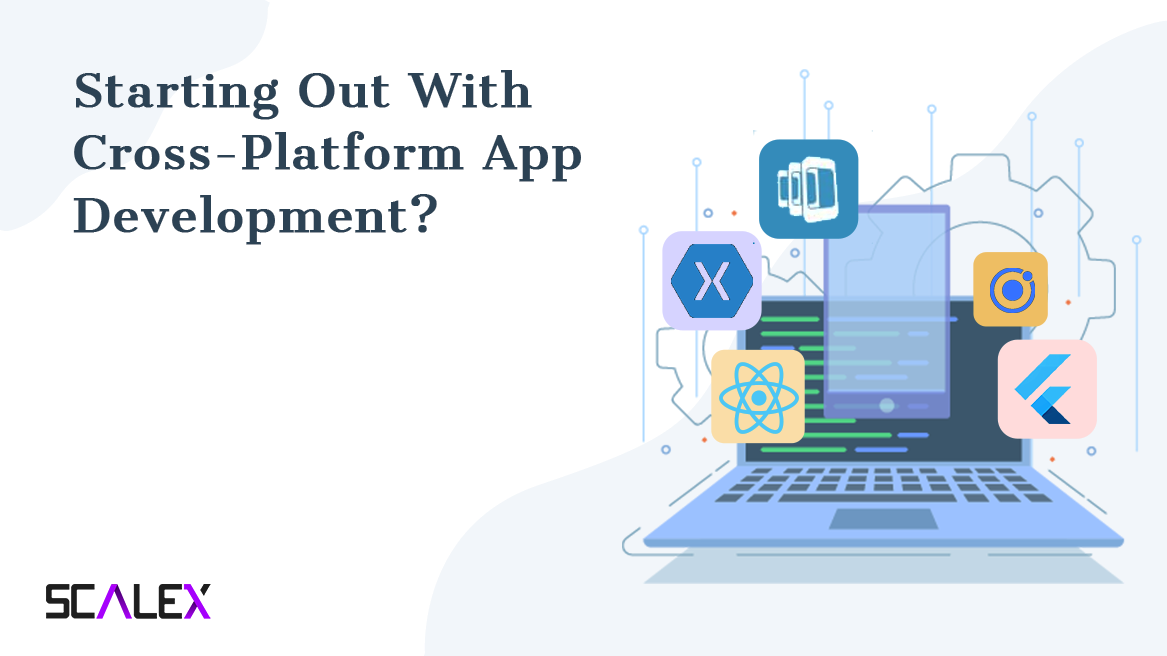 Developing apps for different platforms was quite a task for a very long time. The apps had to be developed natively for each platform which is not cost-effective – both in terms of the capital invested and the time it took to create them. Now, however, we have an array of different tools that can help us build apps for various platforms without developing them all over again. This enables you to save a lot of time and resources.

Quick heads-up! This is going to be a very long post. So if you’re short on time, feel free to skip to the sections that interest you. Today we will discuss –

Cross-platform mobile app development is the development of mobile apps to be used on different platforms without rewriting the code. It uses the principle of “write once, run anywhere.” Using cross-platform tools, developers can write code that can be compiled for different mobile devices.

With the help of these tools, a developer well-versed with Swift (which is natively used for iOS development), for example, can quickly build an app for Android devices without having to learn Java or Kotlin. This helps save a lot of time and money. In fact, it can cut your maintenance and development costs in half when done properly.

The best part of it is that you, as a developer, do not need to learn all the different languages used to develop apps on different platforms. So if you’re unfamiliar with some language, you could still use the tools to compile your code into that language and run it hassle-free on the intended device. Moreover, these tools are easy to learn and use since they’re mostly based on popular scripting languages like JavaScript, HTML, and CSS.

Native and cross-platform developments have different pros and cons. Choosing one or the other has long-term implications in terms of cost, time, and functionality. The choice of going with either depends on project requirements and the skills of the developers involved.

Let’s start with the pros.

As previously mentioned, the main principle behind these cross-platform development tools is to write the code once and use it anywhere. This comes in handy when you know that the code will take a lot of time to develop natively. You could cut the time and effort drastically with code reusability while developing the app for multiple platforms.

Since these tools use the same set of UI components across all apps, they offer a lot of consistency in their interface.

Since these tools require the developers to write the code once and use them for all platforms, the development cost is considerably lower than native app development.

You could easily integrate your apps with cloud services with the help of the enterprise-grade plugins these tools offer, thus ensuring universal compatibility.

These tools cut the turnaround time short considerably. This is very helpful since it allows the app to reach the market in a short time, increasing the odds of the app getting a broader market reach.

Since these tools are primarily based on common languages, the developers don’t have a hard time learning how to use them.

However, there are some drawbacks to using cross-platform development tools

One of the significant drawbacks of these tools is achieving consistency in UX across all platforms is challenging since all platforms have their differences catering to which is difficult using these tools.

Sometimes the code runs sluggishly due to many cross-compliance codes running simultaneously, causing the final code to bloat.

These tools often don’t support all the features of the targeted device, which puts up some serious constraints for the developers. You could, however, choose your tool carefully to avoid such limitations. Alternatively, you could spend some time working those features out on native devices if they’re necessary.

While finding one cross-platform mobile app development software that reigns over the rest is difficult, we could certainly narrow your search down to our top 3 picks. Based on your requirements, you could go for any of the following.

Flutter is an open-source, cross-platform tool that allows you to develop apps for Android and iOS for free. Made by Google, you can rest assured that it is one of the best tools.

The tool is relatively easy to understand for developers who know object-oriented programming based on Dart. Even for those learning how to code, this tool is not difficult to learn. The development time on Flutter is much faster than most of the other tools since it allows the developers to see the results of the changes they make in the code in real-time. To top it off, it has a native-like user interface. It allows wrapping web view and will enable developers to play around with gadgets on its superior rendering motor. Writing codes on the tool is a breeze cutting the development time (including time taken to test and fix bugs) short considerably.

The only drawback of Flutter is that it is still in its beta phase, so it isn’t very stable. Additionally, it is not supported by Travis, Jenkins, or any other Continuous Integration (CI) platforms.

Perhaps one of the top cross-platform app development frameworks available in the market, React Native allows developers to code in JavaScript. Since JavaScript is quite popular within the development community, the tool has grown tremendously since its launch in 2015.

While code reusability is one of the most enticing features of cross-platform tools, React Native, much like Flutter, allows you to preview results simultaneously. It provides developers with a host of elements and certain important native functionalities like the camera. React Native apps have a high-quality user interface that feels like the native UI.

The only drawback of React Native is that the apps developed using the tool are slower than the native apps.

If you are a startup looking to build an app, here are some powerful reasons why you should choose React Native for your app development!

Launched in 2011, Xamarin is an open-source, cross-platform development tool. It uses C# for coding, enabling its developers to work seamlessly on multiple platforms. Having been acquired by Microsoft, the tool is relatively stable with frequent updates. Xamarin allows developers to access the native APIs with its plugins and NuGet. This makes it stand out from the others since the UI it offers is outstandingly native-like.

The only problem with Xamarin is that it isn’t free. This might be a deal-breaker for most developers who are just starting. However, for companies, it is one of the best options out there.

The Future of Cross-Platform App Development

While we can’t tell the future of cross-platform mobile app development conclusively, we can be sure that it is here to stay for a long while. The high ROI and shorter turnaround time are pretty alluring for businesses and developers alike.

If you’re still unsure of whether you should go for it or not, or if you feel like hiring someone else to develop the app for you, we’d be happy to help. Scalex, a leading cross-platform development company, offers a full spectrum of cross-platform app development services for building feature-rich and intuitive apps capable of running across diverse platforms.