Which Programming Language Is Best For iOS App Development? 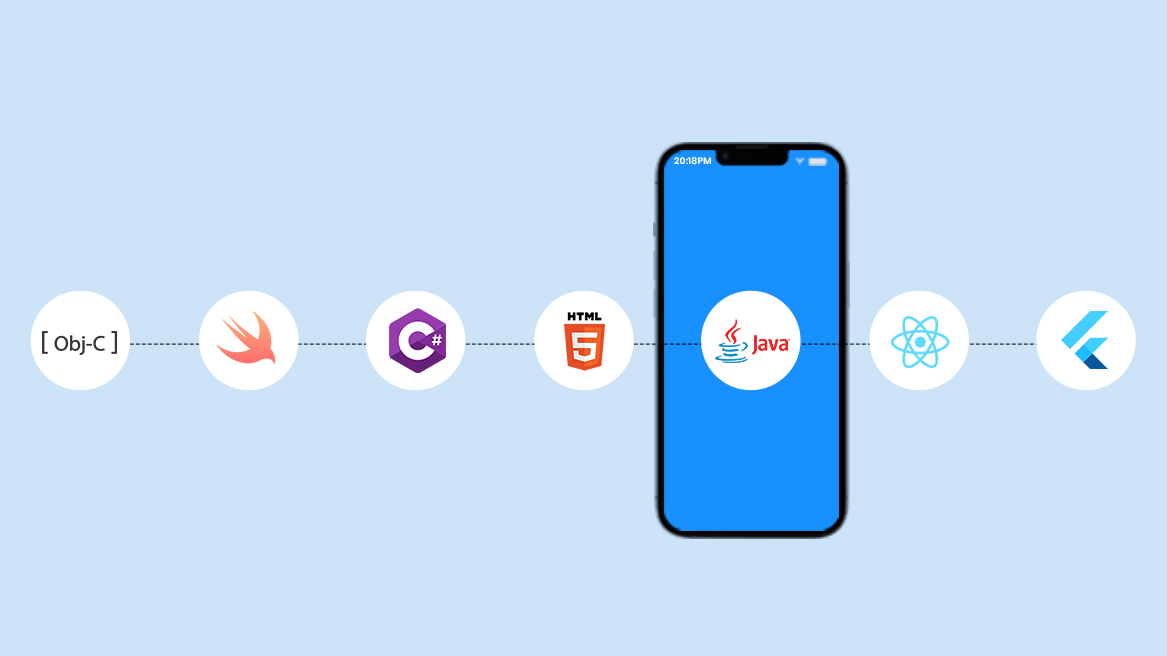 The app economy is built on two platforms – Android and iOS. These platforms have expanded their offerings to include apps for every type of business. iOS is the second most-used operating system in the world after Android. As of 2021, there were roughly 3.6 million apps available for iOS. That’s huge, right!

This is encouraging news for app developers, publishers, and anyone who plans to develop an iOS app. But in order to be successful in this space, you need to know which programming language is the best for iOS apps development. Not all programming languages are the same and not all languages will suit your project. The results you get are determined largely by the framework you choose to use. To help you with that challenging task, we have prepared a list of the most popular ios development programming languages with their use, advantages, and disadvantages. Let’s checkout!

Every year millions of apps are being published on Apple App Store. iOS has gained a remarkable reputation for providing exceptional user experience and excellent performance. As per StatCounter’s 2021 report, the number of iOS users worldwide accounted for 27.47% of all users of mobile devices.

Besides these advantages, iPhone is incredibly famous across the world highly popular in developed countries like the USA and Europe. In 2021, Apple offered more than one million gaming apps accounting for almost 21.8% of the App Store. After games, business and education are the second and third most popular categories in Apple App Store.

The figures are staggering and there’s no doubt an efficiently developed iOS mobile app can help you increase the growth and sales of your business.

Developing a good, comprehensive iOS app is a big deal that needs to be well analyzed and planned. Selecting the right coding language for iOS apps can make it easy for you. Let’s have a look at the options for iOS development programming languages.

Objective-C is a programming language created as an extension of the C language with object-oriented programming capabilities. It was the primary iOS coding language even before Swift came around. Objective-C was mainly used to support macOS and iOS app development.

Objective-C being a C family language is highly compatible with C and C++ libraries. Since it is one of the initial programming languages for iOS, the community offers extensive and instant support for your queries. Today, Swift has taken over Objective-C in popularity and usefulness.

Swift replaced Objective-C and has become the language of choice for iOS application development. It is a free, open-source programming language that is ideal to develop apps for Apple products (i.e. iPhone, iPad, MacBook, Mac TV, and Apple Watch). Swift is easy to learn, understand, and code and catches most novice errors during compile time. Its strong side is compatibility (especially with Objective-C). Swift is still young and has a huge development community

When to use Swift – Swift is a perfect choice for building iOS native apps. Also, Swift is more advisable when you need fast and reliable development.

C# is a multi-paradigm, high-level programming language designed by Microsoft. Although it’s primarily applied for Windows-based app development, it can be used to build software for Linux and Mac because it is integrated with the .Net framework. C# is one of the most versatile programming languages in the world, supports cross-platform app development, and offers a rich library. However, it consists of a poor platform GUI and is difficult to learn for beginners.

When to use C# – If you have experienced C# developers and when you want to develop apps for older iOS versions.

Java is an object-oriented and general-purpose programming language. It is still the most popular programming language among developers as it is easy to learn and offers extensive community support. Java allows programmers to reuse code, build better-organized software and simplify maintenance. It can better handle the complexity of real-world applications. Java is the most preferred language for Android app development but it can be used for iOS app development due to its cross-platform functionality.

When to use Java – If you already have an Android app developed in Java, you should consider using the same programming language to create the iOS version.

Python is an object-oriented and high-level programming that is easy to learn, use, and deploy. Python is the fastest-growing programming language and because of its advanced features, it is very popular among developers. Python is portable which means you can use the same code for different devices. It also offers expensive support to libraries. Python works well with data science and big data and can be integrated with other programming languages. With all the benefits, there are some drawbacks too. Python is not native to either iOS or Android, so the deployment process can be slow and difficult. This may also lead to some inconsistencies between different app versions.

When to use Python – Python is a universal programming language that is appropriate for solving a wide range of tasks. If you have enough time and experienced Python developers, you can choose the language to develop your iOS app.

When to use React Native – React Native is an excellent choice when you want to develop iOS and Android apps simultaneously. Also, if you have JavaScript specialists on board in the web development team you can definitely choose React Native.

Flutter was developed by Google as an open-source and comprehensive app Software Development Kit (SDK). It uses the Dart programming language and allows you to create cross-platform, enabling Flutter developers an easy way to make visually attractive, natively-compiled mobile and web applications using only one codebase.  Flutter has the best performance similar to native apps and has a wide range of ready-to-go widgets. There are some drawbacks of Flutter. Flutter has a small number of libraries, the talent pool is limited, and apps are relatively larger.

When to use Flutter – Flutter can be a great choice when you want to develop Android and iOS apps at the same time, eventually saving time and effort.

So which language you should choose?

Choosing the best programming language for iOS app development is an important decision that can have a crucial impact on your business’s success. We have discussed each language along with its advantages and disadvantages. Now, it is easier for you to choose the best programming language for your iOS application. You should clearly define your requirements and on this basis, choose the best language suited for your project.

If you are still in doubt and looking for the right technology for your iOS app and experienced mobile developers, get in touch with Scalex. We will help you build engaging and consistent apps, regardless of complexity.